Everything You Need Under One Roof

For the do-it-yourself builder or if you’re a contractor in need of supplies, we have it all and at a price you can afford. At Juniata Lumber & Supply Company, we take pride 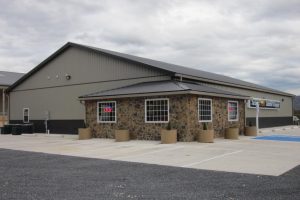 in our wide variety of superior products that will help you successfully complete your next contracting project.

Whether you need lumber supplies or are painting your house, we’ve got you covered. From plywood and nails to paint brushes and rollers, we carry it all and our team of friendly professionals will help you find exactly what you need.

Your satisfaction is our main priority which is why we offer special discounts for contractors and guarantee competitive rates on all products. 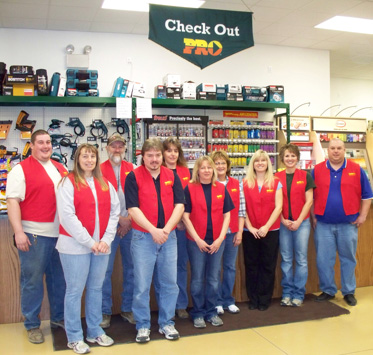 In 1968, John Groninger, Max Manbeck Jr., and Bill Manbeck bought W. H. Manbeck & Company in Mifflin, Pennsylvania, and created Juniata Lumber & Supply Company, Inc. The idea at the time was to involve as many local contractors as possible in the ownership of the company and Ken Leach, Herb Shirk,Jim Yetter, Wib Shoemaker, and others became owners during this early period. The first board of directors was John Groninger, Max Manbeck Jr., Wib Shoemaker, and Bill Manbeck. The company’s first general manager was Austin Willi.

This was a time of rampant building and extreme inflation, but the company prospered and within ten years the firm had expanded sales from $500,000 a year to over two million a year. One negative was the flood of 1972 when the company lost $164,000 in damages and showed a $54,000 loss for the fiscal year. During this period, Juniata PRO Lumber & Supply experimented with a building division that constructed homes and produced trusses but after five years decided not to continue with the operation.

In 1982, the company purchased Lawrence Millwork in New Bloomfield in an effort to expand operations. This was during the early 1980’s recession years and was an opportune time to acquire another business. Of course this almost immediately increased their sales dramatically and over the years the two stores have shown similar sales totals that in recent years, when combined, have been over five million annually. Perry County contractor, Charles Berrier, became an owner when the New Bloomfield store

Around 1986, Rick Schell succeeded Austin Willi as general manager. He soon became a shareholder and was voted on to the board of directors. Since that time period, the board has consisted of John Groninger, Rich Schell, and Bill Manbeck. John Groninger has been the company president, Rick Schell, the vice president, and Bill Manbeck the secretary/treasurer. Groninger and Manbeck have held their offices since the firm’s inception.

Fill out this form to get in touch with us!